Established in 1972, the Environmental Studies Center provides children attending schools in Martin County from kindergarten through seventh grade, as well as high school marine science classes, with the opportunity to participate in hands-on environmental education experiences.  This program builds an understanding and respect for our environment that will carry through to future generations.

The Center is funded through the Martin County School District and by the Environmental Studies Council, Inc.

Hours: The Center is open to the public on school days from 2 PM – 3 PM.

The original Environmental Studies Center building was erected by the Works Progress Administration (WPA) in the mid-1930s and initially housed Jensen Beach Elementary School, with six classrooms for six grades, five teachers, and a teacher/principal.

The Environmental Studies Center came to life as the brainchild of two Stuart Middle School science teachers, Ella “Mike” Clark and Olive Ashby.  With encouragement from the superintendent of schools and the Martin County School Board, the teachers put together a grant proposal and subsequently won federal funding to provide a model program of hands-on environmental education.

This pilot project opened its door to students in the Fall of 1972, and when the grant ended, the Martin County School District took over the funding of the program. The curriculum developed at the Environmental Studies Center has been a model for schools along the southern Atlantic Coast and throughout Florida.

The offices of the Center underwent renovations in 1986-1987 only to have the same area destroyed by fire in 1996.  The staff, with support from the Council, was able to overcome this roadblock and continued the teaching schedules until the rebuilding was completed a year later.

In recent years, the Center has renovated the Wet Lab, classroom exhibits, and constructed a new sea turtle exhibit.  A live juvenile alligator, “Joey,” and his tiki-hut covered habitat have been added to the campus, as has a Native Plant Butterfly Garden, both of which were projects of the Council, Center staff, and the EarthSavers Crew. 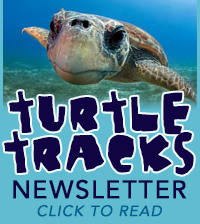